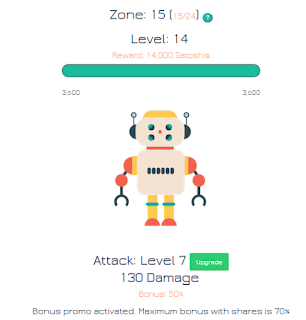 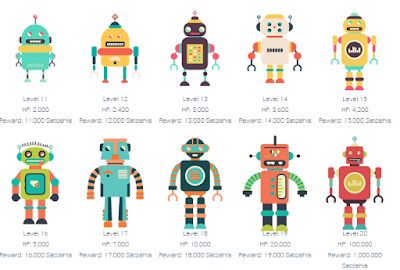 You can upgrade your Attacks by using your coin balance. Having more powerful attack power will help defeating faster the higher leveled robots.

Tip: getting attack level 7 costed a sumed amount of 0.0101 Bitcoin (1,010,000 satoshi), and to break even (ROI) it was necessary to reach zone 15. Therefore, for now ECoinland decides to stop investing on attack power, and go ahead the next levels till zone 20 with attack level 7. So, the hint is to invest on attack power as soon as earning the needed amount, and repeat up to attack level 7.
UPDATE: to finish the game in a reasonable time, decided to invest and fully upgrade attack power. To reach to level 10 attack, added 0.021 BTC from earnings, so the total invest from earnings was: 0.0311 Bitcoin. After defeating the Boss robot at area 20, the earnings after breaking even the investement were over 0.019 Bitcoin. Next, restarted the game and reinvested over 100,000 satoshi in attack power, before withdrawing 0.018 Bitcoin.


You must wait in between attacks, and shorter attack times will be activated during promo periods.

Level up zones by defeating a variable amount of robots. The higher the zone the robots will be more powerful, and they will drop bigger rewards. With each new zone you face, a new higher leveled robot will be introduced. You will still encounter lower leveled robots also, but robots that are the same level as the zone will appear more likely.

You can cashout directly to your wallet once you reach a balance of 6,000 satoshis. If you use a Xapo wallet, the funds will appear immediately. If you use a non-Xapo wallet, you will have to wait up to 30 minutes for it to show up.

Once you defeat the Robot in Zone 20, you will receive 1,000,000 satoshis, your balance will automatically cashout to your wallet and you will be able to play again from the beginning!

We are all familiar with the basics of trading - a trader studies the market and buys an asset at certain price, hoping that its price will rise and he will sell the asset at the new higher price and profit from the difference. In binary options trading though this is different. Yes, the trader, otherwise known as the buyer, will look into the market and yes he will decipher which way he thinks the market will move, but the outcome and method of profiting is somewhat different. 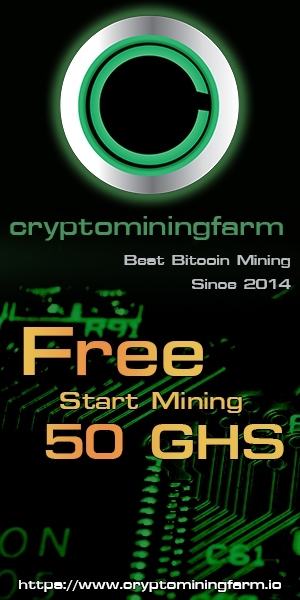